This blog is an overview of the improvements in the new SAP Governance Risk and Compliance (GRC) version 12.0 solution. The new version was launched in March last year and the new application brought some improvements such as a Fiori user interface and changes to support the S/4HANA ruleset. This is just the beginning so let`s explore the improvements in a bit more detail.

SAP GRC version 12 comes with a strong improved user experience, which I believe is the biggest benefit. The SAP strategy, moving forward with Fiori provides a central location for all applications in the system. The interface is simpler, cleaner and easily customizable when compared to the Webdynpro screens. However, there’s a new concept to be learned: SAP Fiori Security. The applications are defined on the front-end as Tiles. Using Fiori, several applications are available via mobile, which increases the accessibility of the GRC suite across the organisation. Employees away from the office can execute daily tasks via email. Managers can review and approve requests that require critical access or some requests that require special attention. Tiles give users the metrics even before accessing the application. The key metrics are essential for reports, work inbox and some applications that display numbers in monetary terms. Compared with Webdynpro screen customising tools, Fiori brings a full personalisation of the user`s work area. The drag and drop functionality makes it easy to select, remove and move tiles allowing the user to define what`s best for them.

Even the screens that were not turned into Fiori Tiles received a Fiori-like screen. Although the new user experience is the standard of 12.0, it is not mandatory to go with Fiori and NWBC is still supported.

Let`s talk now about application-specific improvements as Fiori is not a GRC specific feature. SAP has moved to the Cloud and GRC has introduced a set of tools to integrate with cloud applications. Having said that, SAP Access Control 12.0 can run a risk analysis on cloud systems. This feature comes with the integration between Access Control and SAP Cloud Identity Access Governance (IAG). SAP IAG is a standalone Cloud solution built on the SAP Cloud Platform and can fetch data from on-premise and cloud solutions such as Ariba, Fieldglass, Success Factors and SAP S/4HANA Cloud. Bear in mind that this integration requires a subscription to SAP Cloud Identity Access Governance.

The following list is an overview of the new features in Risk Management.

Other important changes delivered by support packages in 12.0

Some other enhancements were created during support package releases. Here is a list of some important enhancements:

In order to migrate from any previous SAP GRC versions to 12.0, there is a list of requirements that need to be met. The requirements include minimum Netweaver version, Support package level, UI components, gateway system etc. Also, there is a compatibility matrix that needs to be followed to make module versions and support packages installed in the system talk to each other. The compatibility matrix changes if systems are installed in S/4HANA or ECC environments. Knowledge migration is fairly simple as most of the applications were migrated to Fiori using the webdynpro attributes, fields and screen layout. It means that a transition from GRC 10.x to GRC 12.0 can be smooth to end users.

I hope you have enjoyed this blog about the new features in SAP GRC 12.0.
If you would like us to blog about another topic or would like to discuss your own SAP GRC requirements, challenges or transition, please get in touch via our contact us page. 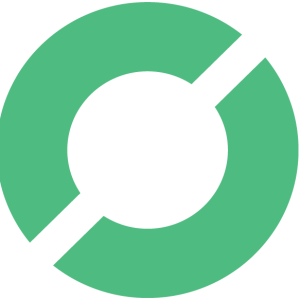 Want to get in touch?

Drop us a line